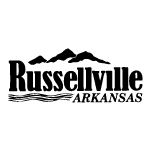 Ordinance 2011 (PDF) authorized the creation of the Russellville Historic District Commission (RHDC) on February 21, 2008 by the authority contained in ACA §14-172-201 et seq. The commission consists of nine (9) members appointed with the advice and consent of the Mayor and the City Council. Members shall be electors of the City of Russellville holding no salaried or elective municipal office and shall include at least one (1) person who owns property within the district(s). Members shall demonstrate a positive interest in historic preservation, possessing interest or expertise in architecture, history, urban or regional planning, building rehabilitation, real estate or preservation or conservation in general. Members shall be appointed for terms of three (3) years each and until their successors are appointed and confirmed by the City Council.

One of the commission's duties is protection and enhancement of any building in any historic district in the city through review of all proposed exterior modifications of structures in the district(s). Work is approved by submission to the commission of an application for a Certificate of Appropriateness to be reviewed at its meeting. Once approval is granted, the applicant may continue the normal process obtaining a Building Permit and other necessary approvals from the Russellville Public Works and Community Development Departments.

Other commission duties include conduction of studies for identification and designation of historic districts and sites within the City of Russellville, recommendation to the State Historic Preservation Officer (SHPO) for listing of a historic district in the National Register of Historic Places and coordinate with appropriate state and federal agencies in maintenance of Certified Local Government (CLG) status. A more in depth listing of commission powers can be found in Section 2 of Ordinance 2023.

Created by Ordinance 2023 (PDF) on June 12, 2008 and revised by Ordinance 2212 (PDF) on October 15, 2015 and Ordinance 2236 (PDF) on March 24, 2016, the Russellville Downtown Historic District is described as that area bounded by Arkansas Avenue on the east, Union Pacific Railroad on the north, El Paso Avenue on the west and Second Street on the south. Design Guidelines for the Russellville Downtown Historic District were adopted in August of 2012 to provide a framework for RHDC decision making. The Secretary of the Interior's Standards for Rehabilitation are also an integral part of decision making.

The deadline for submittal of a Certificate of Appropriateness (COA) for review and placement on the month's agenda of the monthly meeting is fifteen (15) days prior to the regular meeting date.  More information on application deadlines and other submittal requirements is available from the HPO, Victoria Marchant by email.